Google prepares for its presence at Mobile World Congress 2012

Google prepares for major world conference Mobile World Congress 2012 scheduled for February 27 next to Barcelona - Spain until March 1, 2012, this conference will bring together innovative technology and the world will be a place where new products, especially for Google with Android , Samsung and HTC . 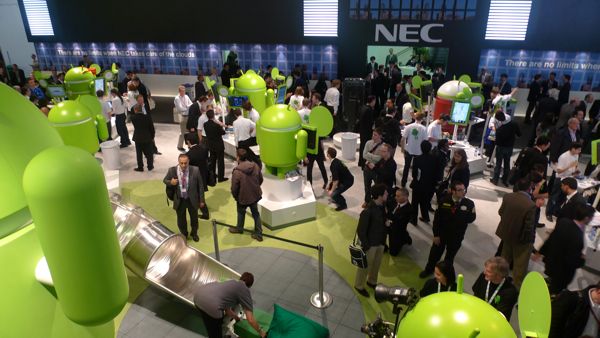 The flagship conference of MWC 2012:

Google will certainly be the highlight of the year in this conference since last year she had the name of the largest and most spectacular booth at the conference with the mascots Android decorating the premises.

The teasing started by Google for its presence at the World Conference:

For this year, Google has prepared a nice teaser form of a mini site with a countdown and the pretty mascots Android putting up their last artistic touches to the stand, which gives us an idea that Google is very enthusiastic about this conference which will be a news item for the firm (Note that the site is interactive is updated daily) 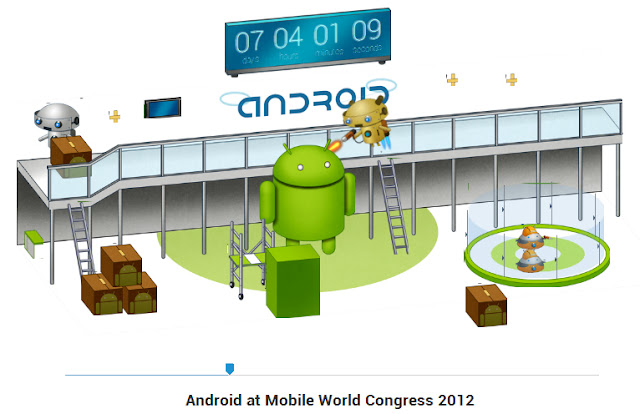 This conference where Google does not participate in a direct way, but with all the ad is revealed, Google will be present in person and we will present something new in the global technology market.
Posted by ghulam sarwar at 2:14 AM
Email ThisBlogThis!Share to TwitterShare to FacebookShare to Pinterest