Some More About EPILEPSY

Some More About EPILEPSY 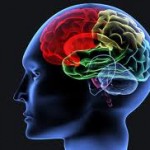 In my previous article, I discussed general symptoms and common observations about epilepsy but let me confess that there is no end to one’s pen when it is about some such disorder, the cure which has not been found. In this article, I have capsulated some more informative material which may add some knowledge to the provision at your end.
More than a century ago, John Hughlings Jackson, the father of modern concepts of epilepsy, proposed that seizures were caused by “occasional, sudden, excessive, rapid and local discharges of gray matter,” and that a generalized convulsion resulted when normal brain tissue was invaded by the seizure activity initiated in the abnormal focus. This insightful proposal provided a valuable framework for thinking about mechanisms of partial epilepsy.
The advent of the electroencephalogram (EEG) in the 1930s permitted the recording of electrical activity from the scalp of humans with epilepsy and demonstrated that the epilepsies are disorders of neuronal excitability. The pivotal role of synapses in mediating communication among neurons in the mammalian brain suggested that defective synaptic function might lead to a seizure. That is, a reduction of inhibitory synaptic activity or enhancement of excitatory synaptic activity might be expected to trigger a seizure; pharmacological studies of seizures supported this notion.
The neurotransmitters mediating the bulk of synaptic transmission in the mammalian brain are amino acids, with g-amino butyric acid (GABA) and glutamate being the principal inhibitory and excitatory neurotransmitters, respectively. Pharmacological studies disclosed that antagonists of the GABAA receptor or agonists of different glutamate-receptor subtypes (NMDA, AMPA, or kainic acid) trigger seizures in experimental animals in vivo. Conversely, pharmacological agents that enhance GABA-mediated synaptic inhibition suppress seizures in diverse models. Glutamate-receptor antagonists also inhibit seizures in diverse models, including seizures evoked by electroshock and chemical consultants such as pentylenetetrazol.
Such studies support the idea that pharmacological regulation of synaptic function can regulate the propensity for seizures and provide a framework for electrophysiological analyses aimed at elucidating the role of both synaptic and no synaptic mechanisms in expression of seizures and epilepsy. Progress in techniques of electrophysiology has fostered the progressive refinement of the level of analysis of seizure mechanisms from the EEG to populations of neurons (field potentials) to individual neurons to individual synapses and individual ion channels on individual neurons.
Cellular electrophysiological studies of epilepsy over roughly two decades beginning in the mid-1960s were focused on elucidating the mechanisms underlying the depolarization shift (DS), the intracellular correlate of the “interictal spike”. The interictal (or between-seizures) spike is a sharp waveform recorded in the EEG of patients with epilepsy; it is asymptomatic in that it is accompanied by no detectable change in the patient’s behaviour. The location of the interictal spike helps localize the brain region from which seizures originate in a given patient. The DS consists of a large depolarization of the neuronal membrane associated with a burst of action potentials.
In most cortical neurons, the DS is generated by a large excitatory synaptic current that can be enhanced by activation of voltage-regulated intrinsic membrane currents. Although the mechanisms generating the DS are increasingly understood, it remains unclear whether the interictal spike triggers a seizure, inhibits a seizure, or is an epiphenomenon with respect to seizure occurrence in an epileptic brain. While these questions remain unanswered, study of the mechanisms of DS generation set the stage for inquiry into the cellular mechanisms of a seizure.
The mechanisms of action of anti seizure drugs fall into three major categories. Drugs effective against the most common forms of epileptic seizures, partial and secondarily generalized tonic-clonic seizures, appear to work by one of two mechanisms. One is to limit the sustained, repetitive firing of neurons, an effect mediated by promoting the inactivated state of voltage-activated Na+ channels. A second mechanism appears to involve enhanced g-amino butyric acid (GABA)-mediated synaptic inhibition; an effect mediated either by a presynaptic or postsynaptic action. Drugs effective against absence seizure, a less common form of epileptic seizure, limit activation of a particular voltage-activated Ca2+ channel known as the T current.
Although many treatments are available, much effort is being devoted to novel approaches. Many of these approaches centre on elucidating the genetic causes and the cellular and molecular mechanisms by which a normal brain becomes epileptic, insights that promise to provide molecular targets for both symptomatic and preventive therapies.
Posted by ghulam sarwar at 8:32 AM
Email ThisBlogThis!Share to TwitterShare to FacebookShare to Pinterest
Labels: designs article