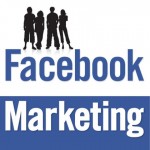 Not before a decade, facebook seemed weird in Asian countries like Pakistan. It was not that people did not know about it, but the thing was that they do not find themselves enjoying it and thought it another rival which is here to keep youngsters busy. Within years, trends changed and population using facebook tremendously increased in Pakistan. Elders, teenagers, school going boys and girls and even a child who can operate computer became addicted of this social media. It gave a chance to people to communicate, to share and to know what other think and how are they in different in their opinion.
Facebook was not limited only to this, it started going beyond, and companies hovered on it to advertise their business and to get great profits for them. In the beginning, nobody knew that advertising on facebook can be so beneficial and profitable. In fact this is a two way traffic, advertising on facebook brings benefit to both parties, to facebook itself and to the advertiser. Advertisement on facebook promotes it and adds to its population.
It was in gone days when it was necessary for one to have a website for the promotion of a business. Now, facebook does all that. No need to have a web designed for your business, you can do all it with your facebook marketing. Personal accounts on facebook are not allowed to be used in commercial ways. Yet, facebook advertisement pages are made to promote the business launched and to make the product famous all over the world. Terms of use and privacy is the only concern, you need to take care of before going on marketing while using facebook.
This is quite simple to have a facebook page for your product. You can even use it with facebook social plug INS. The first step is to create strong profile which can be called a brand. This page must have a relevant and catchy picture, contact information and the relevant details. After that is the job of adding friends and calling fans through sending invitations individually or to community groups.
For the last over a decade facebook marketing has replaced all other tools of advertisement on internet. All search engines including Google show facebook marketing in the top ways of advertisement being used in the global town of the digital world.
Surprisingly, facebook does not cost a single penny for marketing. It’s all free for all types of users and people are making lot of money on hourly basis by expanding their business through facebook marketing. This is a boom that facebook has introduced for last few years and people find no other way yet to come and get the maximum of benefit.
This benefits both; facebook itself and the brand or user. The benefit a brand gets is obvious that the products are viewed many times in a day when being used as ads on facebook. On the other side, facebook is also promoted by running marketing on it.
It brings increase in its number of users with every individual becoming a viewer of the posted ads. Everyone who uses or buys the product through facebook marketing is indirectly promoting facebook itself. Facebook gets paid every time when someone clicks on the product presented in the ads. Profit is gained with every single click. Moreover businesses have to pay for their advert. Greater the site is more options are available to get profit.
Moreover facebook itself get advertised with every marketing ad posted on. This all helps a web to get the higher ranking in the result search of search engines and thus getting the top position among the competitors. Sometimes facebook sells gifts as ads, one may choose for his friend and pays for that directly to facebook. This becomes another source of earning for facebook administrators yet a greater part of its promotion comes by the digital marketing and advertisement.
This is a two way traffic which benefits both parties equally. However, facebook has made the work tons of easier than creating a separate blog or web. Now, there are hundreds of groups and communities on facebook run by public or owners. These groups are working at wonderful pace and making way easier. It can be assumed that with coming few years, blogs creation may be replaced by group making on facebook.
Posted by ghulam sarwar at 8:40 AM
Email ThisBlogThis!Share to TwitterShare to FacebookShare to Pinterest
Labels: designs article